Penguin Crime Time:
The Nose on my Face by Laurence Payne
(1964) 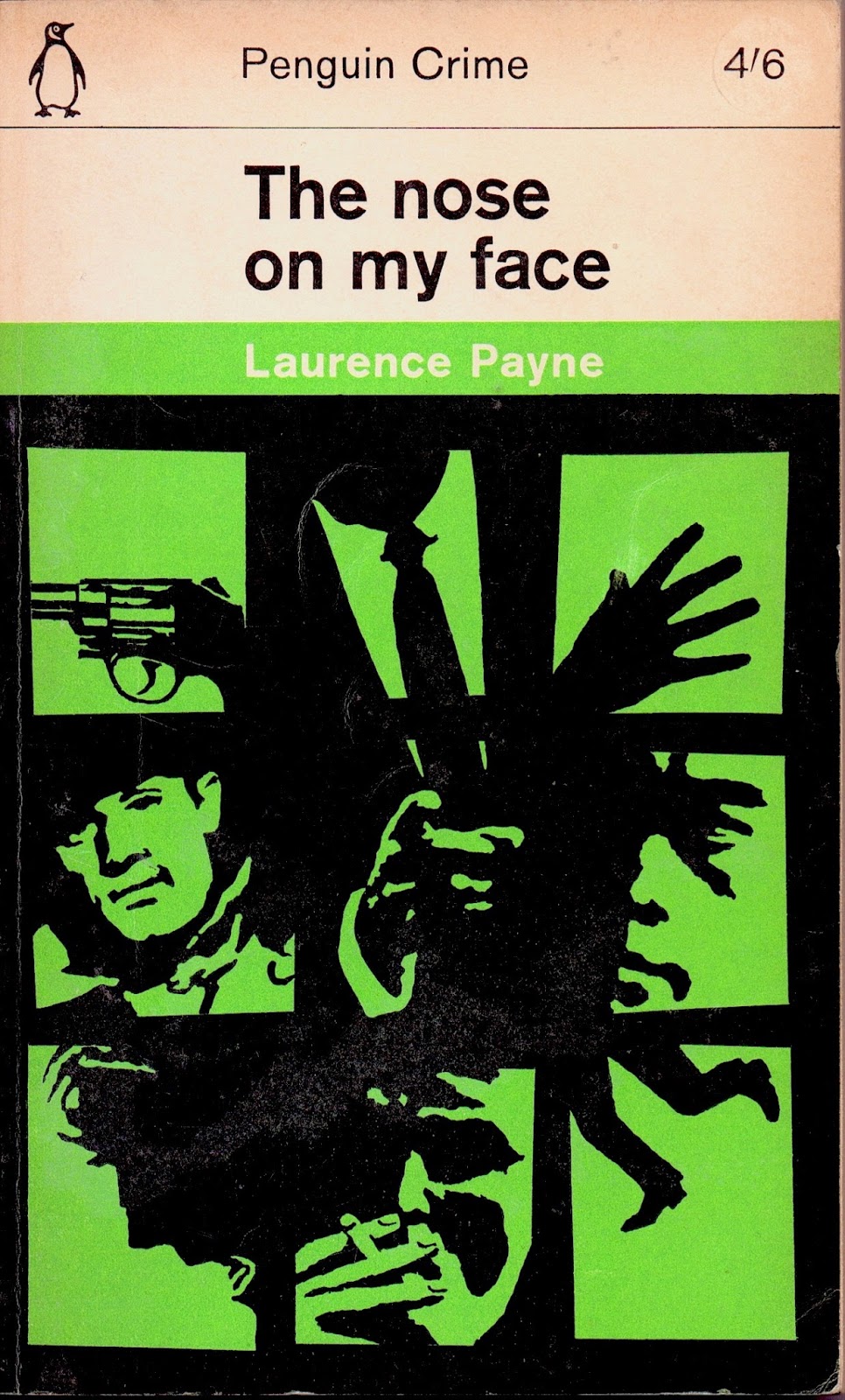 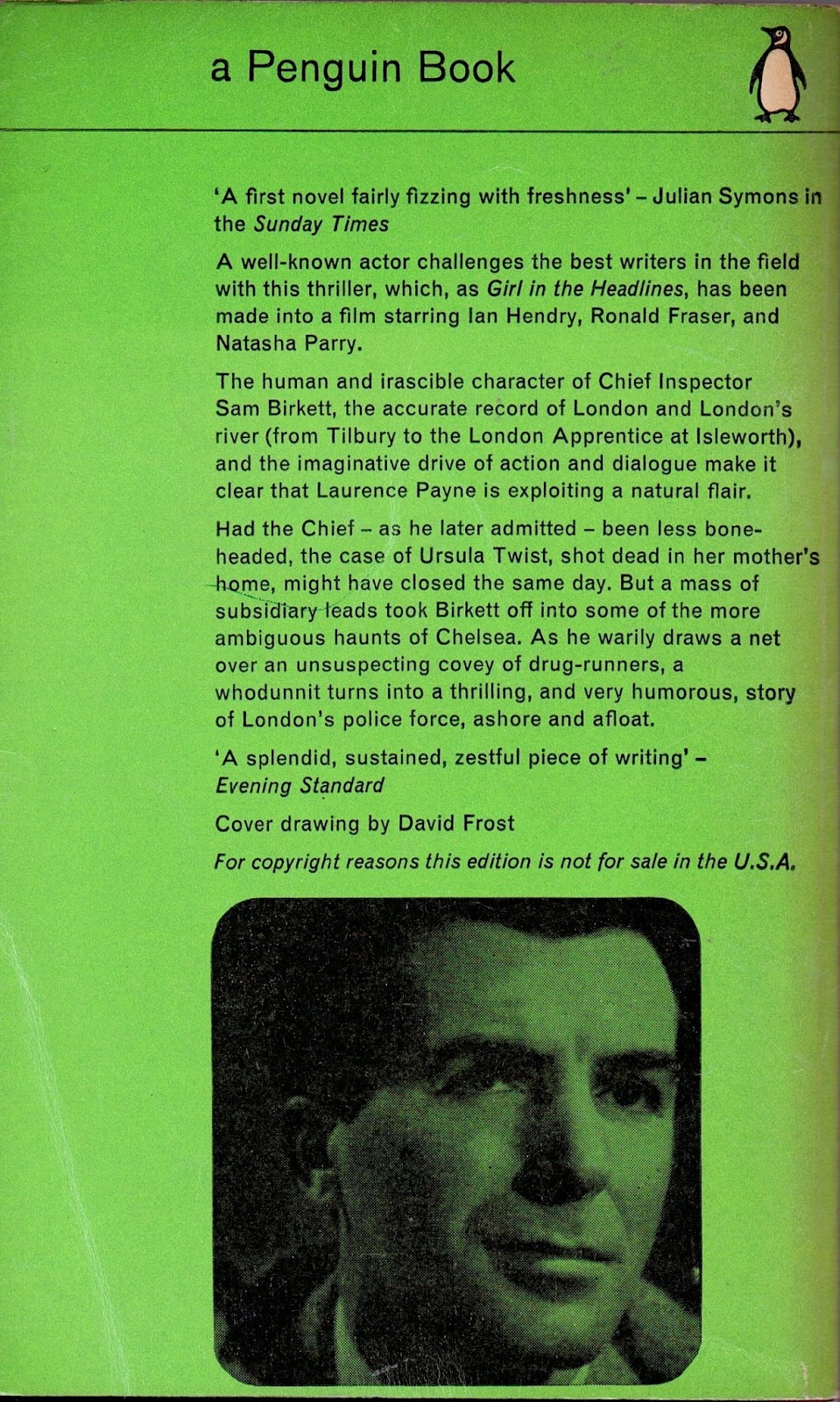 Movie fans with good memories may remember Laurence Payne more for his acting career, which took in roles in everything from 'The Trollenberg Terror' (1958) to 'Ben Hur' (1959). His last feature film appearance was Hammer's 'Vampire Circus' in 1972.
Posted by Ben at 18:15