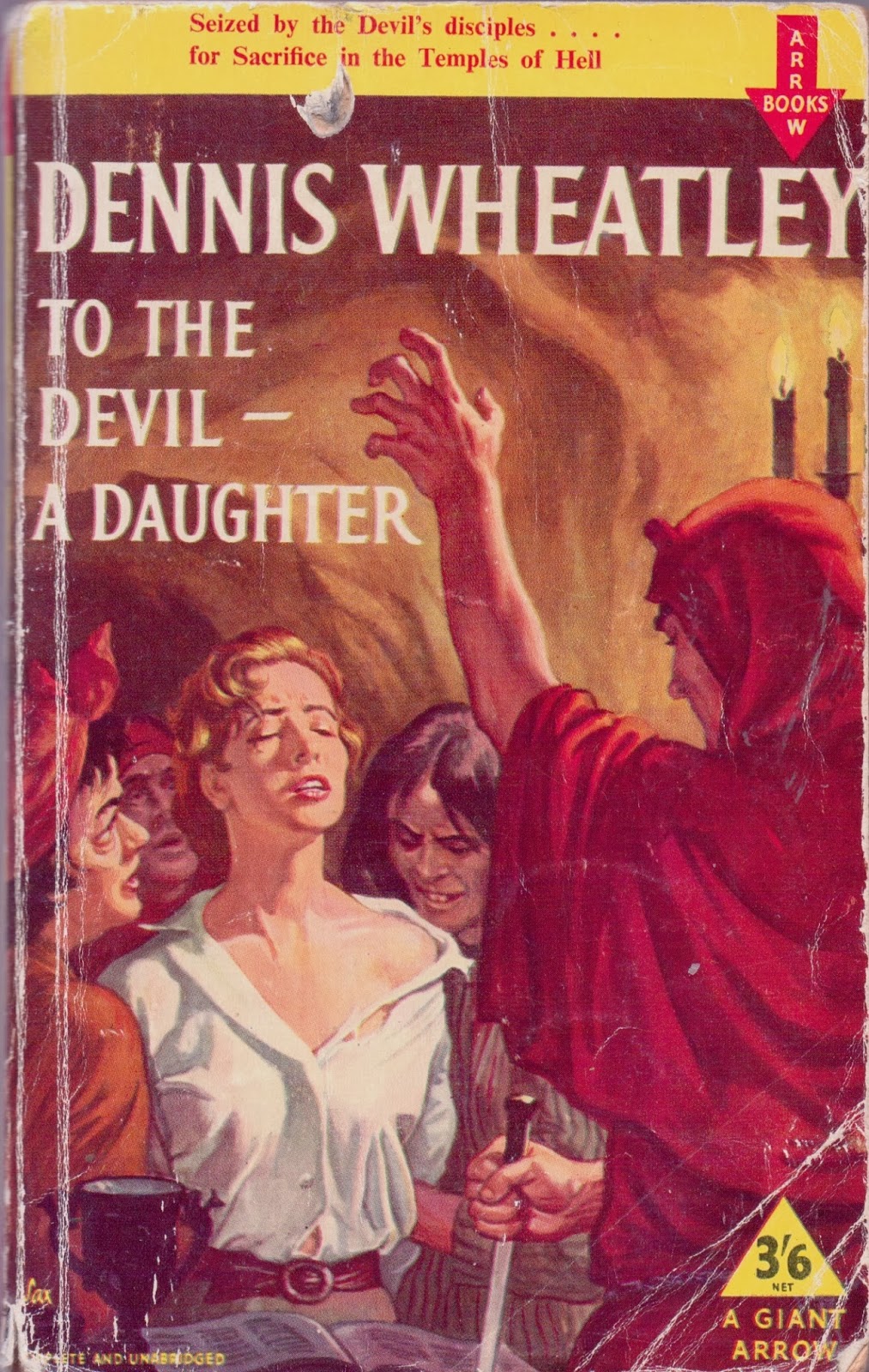 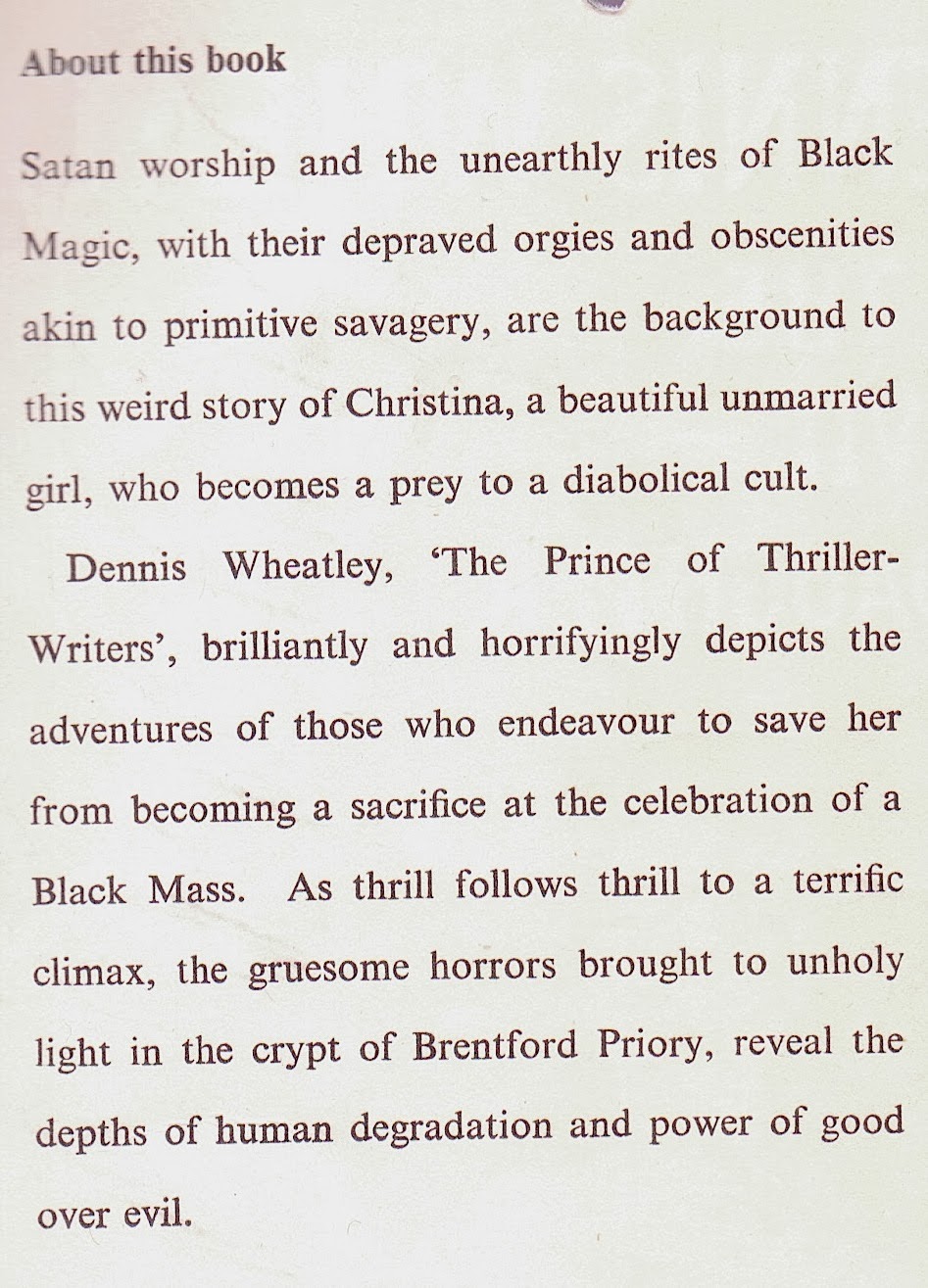 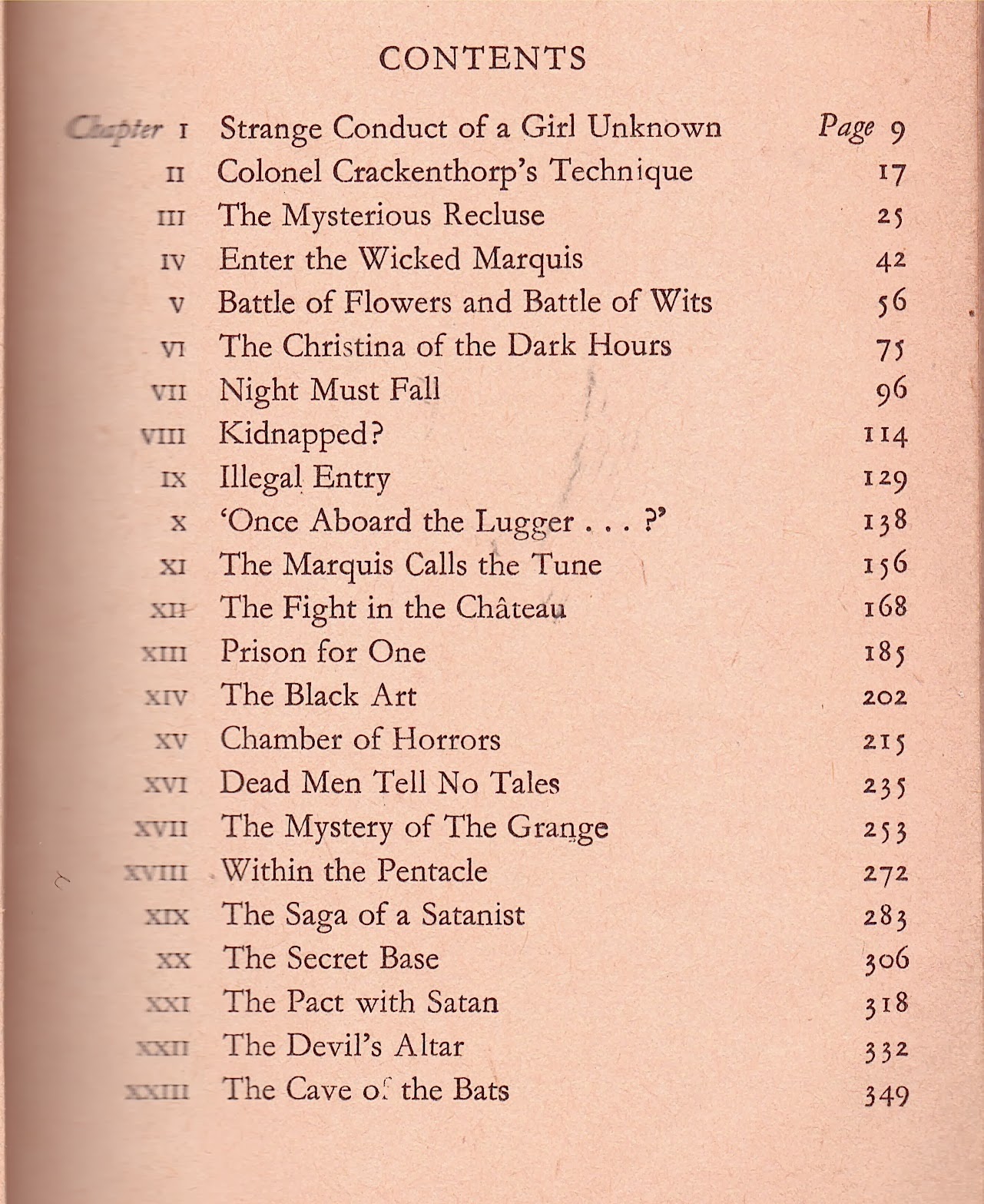 To put it plainly, I’m not really a fan of Dennis Wheatley (1897 - 1977). Although “the prince of thriller writers” (as he is heralded on the inside cover of this paperback) wrote extensively on a number of subjects that greatly appeal to me – Satanic cults, adventure on the high seas, exploration of lost/ancient civilisations, and so on – the authorial voice and general tone of his prose makes it impossible for me to ever get very far with one of his books.

I don’t know enough about Wheatley’s personal life and proclivities to start throwing ‘-ist’ words at him, but… how best to put this? Trying to read a Wheatley book is a bit like being trapped in the back room of a private members club in Calcutta in the 1920s, being interminably lectured by a drunken British cavalry colonel. Not so much ‘old world’ as actively ploughing backwards into the past, it’s easy to imagine Wheatley snorting with derision at the work of his ‘modernist’ literary contemporaries, naturally assuming that his rip-roaring tales of melodramatic daring-do are infinitely superior works, just because, well, it’s bloody obvious, isn’t it? They've got STORIES, and such.

Even more distressingly, Wheatley seems to have combined his cheery advocacy of Victorian colonial imperialism with an adherence to a strict Manichean belief system that saw him banging on – apparently in earnest - about the eternal battle between good and evil at every possible opportunity… which can’t possibly be a healthy combination, I’m thinking.

Nonetheless though, given my interests in old horror films, pulp fiction and so on, a certain amount of Wheatley contamination is inevitable. As I’ve mentioned several times before on this blog, I absolutely love Hammer’s adaptation of ‘The Devil Rides Out’ (to some extent precisely because the pompous attitudes that render the novel unbearable become wonderfully entertaining when transferred to an 80 minute genre movie), and for one reason or another Dennis’s name crops up more frequently on my shelves than that of many an author who I actually like.

Case in point is this edition of ‘To the Devil a Daughter’, the cover of which provides such a knock-out bit of straight-down-the-line horror-pulp artistry, I just couldn’t say no. (Cover artist is uncredited as per usual, but signature in the bottom left corner reads ‘Sax’?)

Staring at this cover, and reading the equally evocative list of chapter headings, really makes me wish that Hammer had stuck to a similarly old school approach when they came to film this one, rather than belatedly turning in some kind of muddled, post-Omen ‘70s thriller type effort complete with creepy jailbait nudity and the worst “oh shit, we forgot to film an ending” ending in cinema history. Oh well, you win some, you lose some.

(In fairness, it’s been a long time since I saw Hammer’s ‘To The Devil a Daughter’, and I know it has its supporters… maybe it’s about time I gave it another shot..?)

For no particular reason, several more Wheatley-related posts to come over the next few weeks! 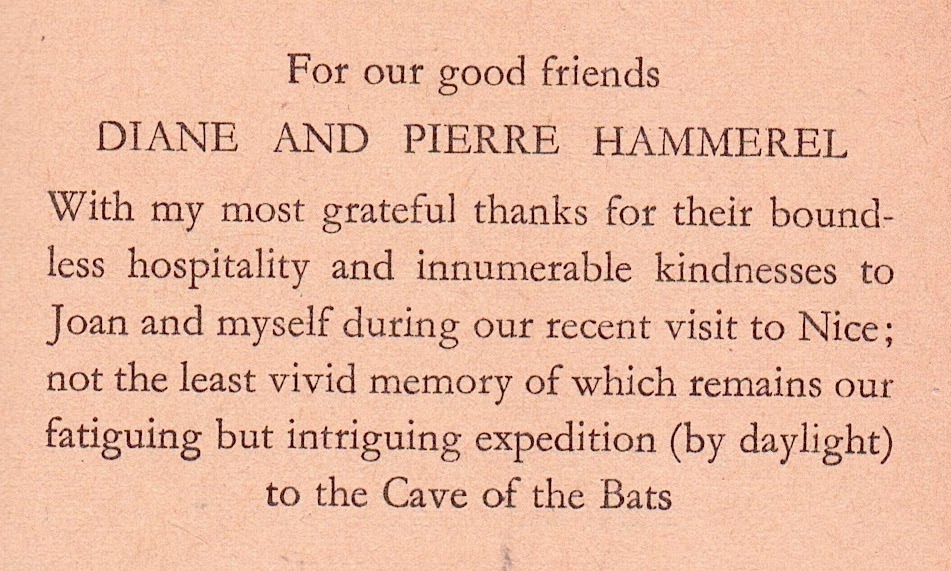 I must confess that I've thoroughly enjoyed all the Wheatley books I've read, and I've read quite a few. This may of course have something to do with the fact that I'm about as fond of the modern world as Wheatley was!