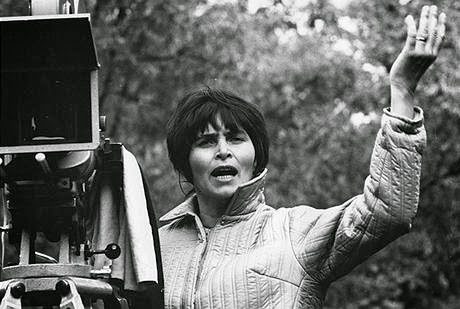 Very sad to hear this week about the passing of Czech filmmaker Věra Chytilová, who directed one of my all-time favourites ‘Sedmikrasky’ (‘Daisies’) in 1966.

In the unlikely event that anyone bothered to ask me, I’d be inclined to pick ‘Daisies’ (no pun intended) as one of the key works of ‘60s counter-cultural cinema, and I recall that Chytilová’s particular mixture of formal / political radicalism, raucous entertainment value and dream-like fantasy was very much on my mind vis-à-vis the kind of thing I wanted to look at when I started this blog, even though I never actually got around to writing about it.

Sadly, the notions of “ground-breaking feminist cinema” and “psychedelic slapstick mayhem” don’t coincide as often as perhaps they should, but ‘Daisies’ stands tall as a rare and joyous example of what can be achieved when things are done right – a unique, funny, bizarre, sexy, other-worldly, thought-provoking and staggeringly beautiful film that also represents a definitive example of one of my favourite imaginary sub-genres - “surrealistic movies about young women who have zany adventures, upset people and generally ferment anarchy for no good reason”, a category of films that would be just as numerous and popular as, say, kung-fu if I had my way. (Also see Smashing Time, Louis Malle’s ‘Zazie Dans Le Metro’, Jacques Rivette’s ‘Celine & Julie Go Boating’.)

Of course, Chytilová left a whole life’s worth of other film & art projects behind her too, and I daresay she’d be pretty pissed off at the 95% of casual obituary writers who have just concentrated on her ‘greatest hit’, but what can I say – laziness and lack of time has thus far denied me the opportunity to engage with her wider work, which, along with numerous other less heralded works of the Czech New Wave, is currently lost somewhere on my long-list of potential viewing priorities, but… one day, one day.

A more informative obit, along with a Vimeo window that allows you to watch the entirety of ‘Daisies’ (why, that can’t be allowed, surely?), can be found here. 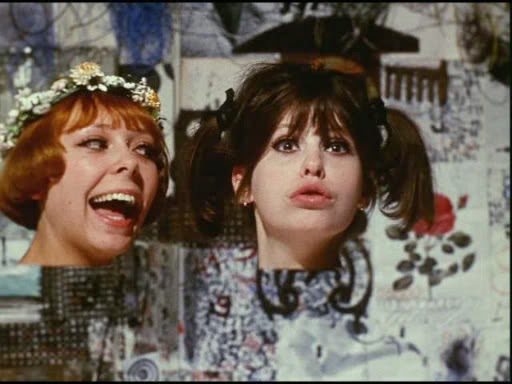 One of my all time favorite movies too... and just the other day I was wondering why I hadn't bothered to track down what other things she might have created... maybe for fear of being disappointed?

Sad to see her go but might glad she was here.

Sorry to read this. I need to watch Daisies again.