The House On The Brink
by John Gordon
(Patrick Hardy Books, 1983 /
originally published 1970) 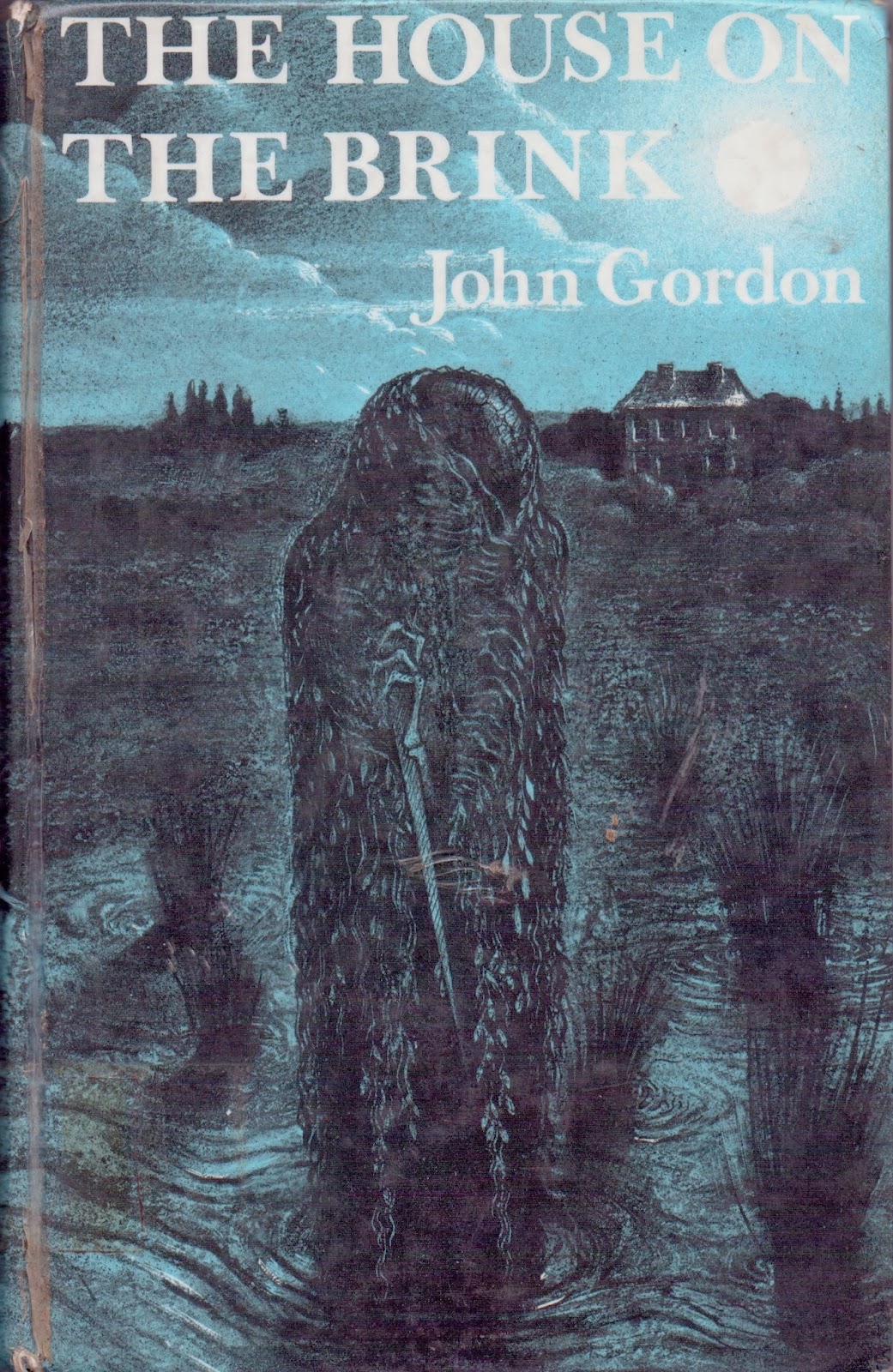 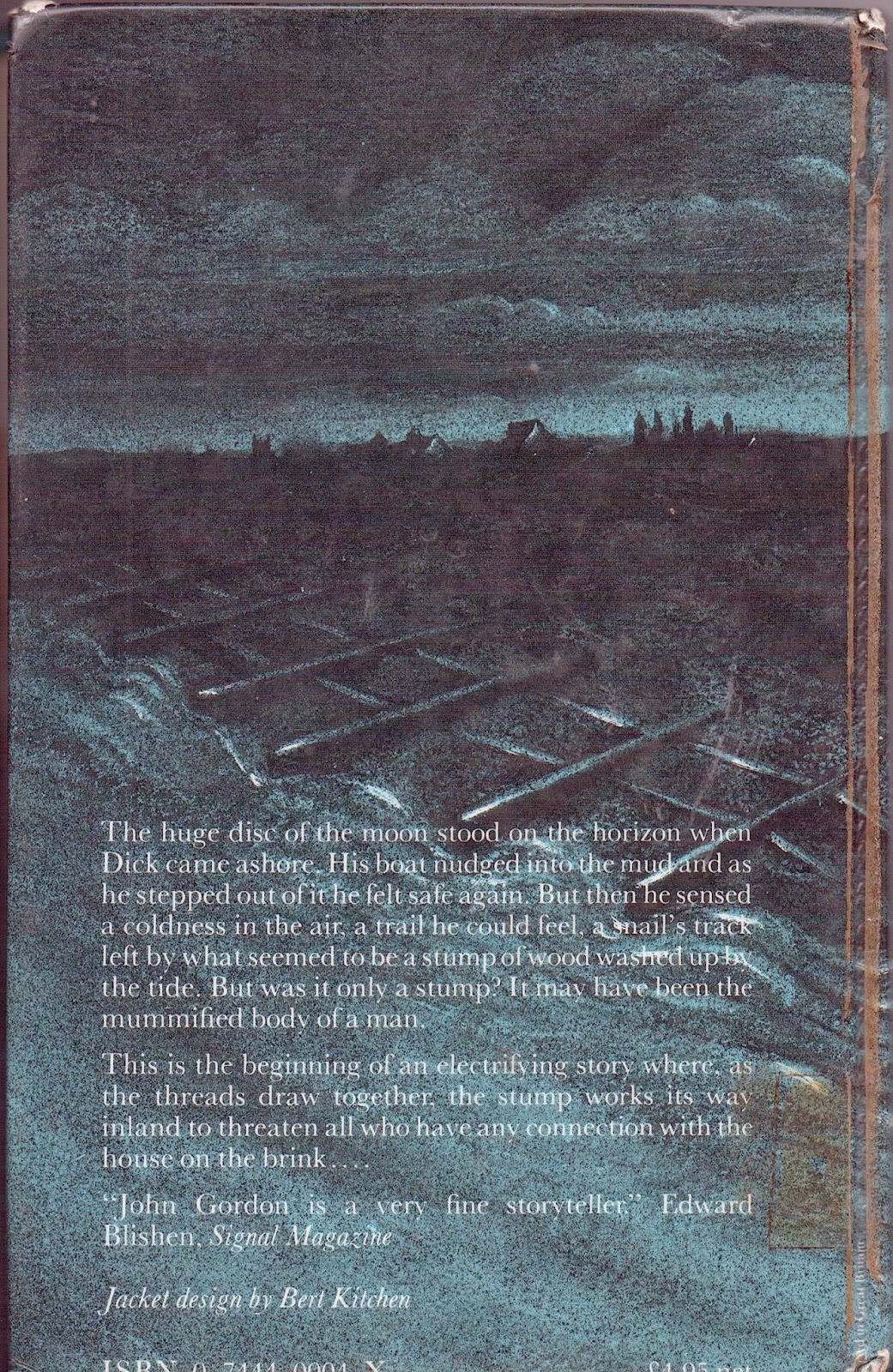 Yet another choice item rescued from the skip at my place of work, this is one of those old hardbacks with the wrap-around illustrated covers and slightly peeling protective coating that libraries in the UK used to be full of, and that always bring back a lot of peculiar memories for me.

I'm not familiar with the work of John Gordon, but to state the obvious: it looks pretty great, doesn't it?

"Most of John Gordon's novels are in the supernatural fantasy and horror genres and feature teenagers in the central roles. The adventures are often set in The Fens, an environment John found mysterious and inspirational in his own adolescence, and contain elements of East Anglian folklore (such as the doom dog - Black Shuck). His work has been compared to that of the acclaimed ghost novelist M.R. James. Indeed The House on the Brink (1970) is regarded by admirers as one of the greatest novels in the Jamesian Tradition."

The opening chapter certainly does have a strong 'Ghost Stories For Christmas' feel to it:

"He stood up and began to walk. The mud was cold and hugged his feet, reluctant to let him move. It got deeper and he wanted to turn back, but pride made him go on.
The stump was almost black. It lay at an angle, only partly above the mud, and dark weed clung to it like sparse hair. Like hair. But it was still too small for a body.
The mud was up to his knees and he was moving unsteadily. The last few yards were going to be difficult.
'Don't touch it!' Her voice from behind him was as thin as the wind through grass.
Without turning round he waved to reassure her.
Suddenly his raised hand was clenched as if he was fighting to keep his balance. She could not see his face. The corners of his mouth were pulled back in a snarl, his eyes stared, white-rimmed. For the stump was moving, turning like a black finger to point at him. Slowly, slowly, and his feet were trapped.
'Aaaaaah!' The sound in his throat was too small to reach her but she could see the stump. The blunt end of it seemed for another second to seek him and then suddenly it went blind. A slight quiver and it had laid itself down. He looked at it, panting. A waterlogged stump. Since the last tide it had been on the point of overbalancing. He had disturbed the mud and laid it to rest.
'Come back!' She was pleading.
His skin had gone cold. Now he was sweating. He laughed at himself and hauled one of his feet clear to turn towards her.
'Only a bit of wood,' he called. 'Told you!'
As he climbed the bank he said, 'A piece of bog oak isn't a body.'"


If that's only page two, I look forward to digging into the rest. Might give it a miss on those dark and stormy nights, though… 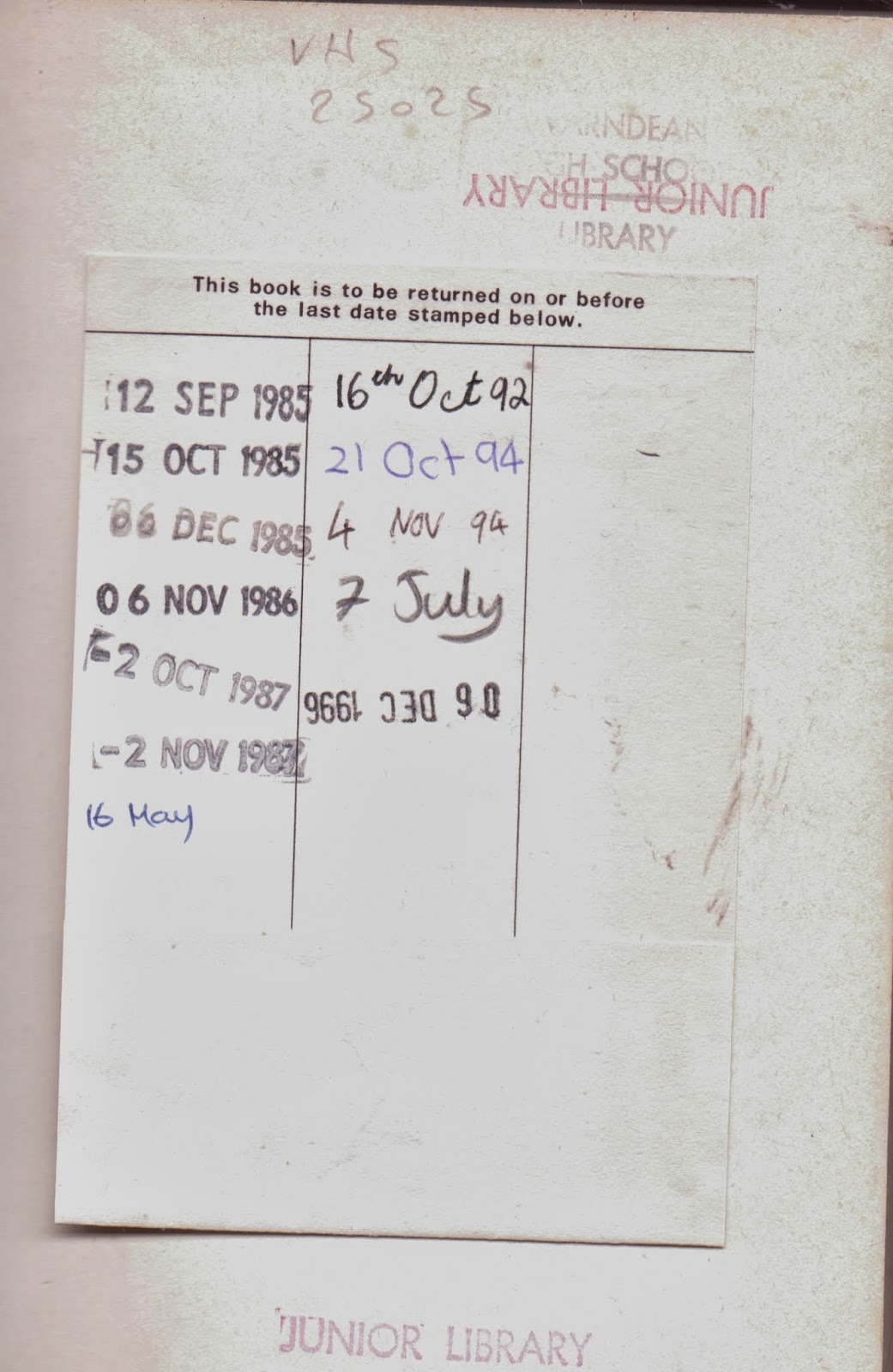 One of my favourites...if you've ever been to the Fens you'll appreciate how well he captures the pervasive unease