So, I’m back! And to ease us slowly into the small mountain of scanning material I brought back from Japan, let’s start with a no-brainer.

For many years now, one of the main forms of film industry publicity in Japan has been what for want of a better term we’ll call ‘movie brochures’. First introduced in the post-war era (or so I assume?), with the general idea of providing local audiences with the cultural background and such-like they’d need to fully assimilate Hollywood product, these brochures – some of them merely double-sided sheets of A4, others stretching to full stapled magazines incorporating the kind of content you’d normally find in a Western ‘press pack’ – have since become an accepted part of the promotional landscape. They are still available to browse or take home in the foyers of all cinemas, and these days a ‘brochure’ seems to be produced for just about every commercially released movie, whether foreign or domestic.

As you might imagine, contemporary versions of these brochures provide the cash-strapped with a great source of free artwork (it’s a bit of cliché for Japanese students to plaster their walls with them), and vintage examples of the form can be found by the thousand in Tokyo’s second hand bookshops, generally dirt cheap.

Sadly, the vast majority of brochures on offer tend to be for well-known Hollywood productions rather than the kind of way-out Japanese genre flicks I was primarily looking for, but nonetheless, how could I say no to the magnificent poster artwork accompanying Billy Wilder’s ‘The Private Life of Sherlock Holmes’ (1970) and Antonio Isasi’s ‘They Came to Rob Las Vegas’ (1968)..? Absolutely beautiful. 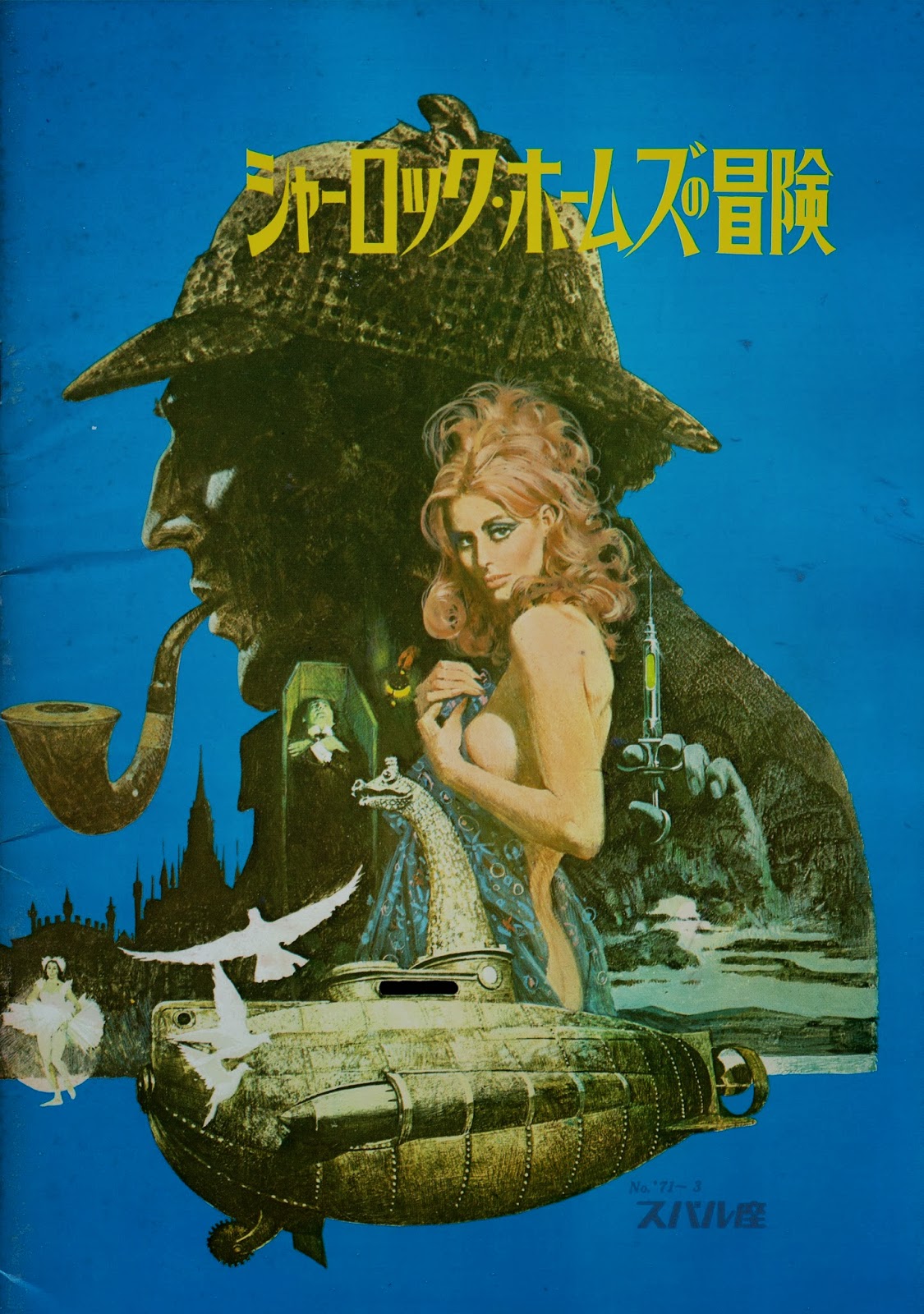 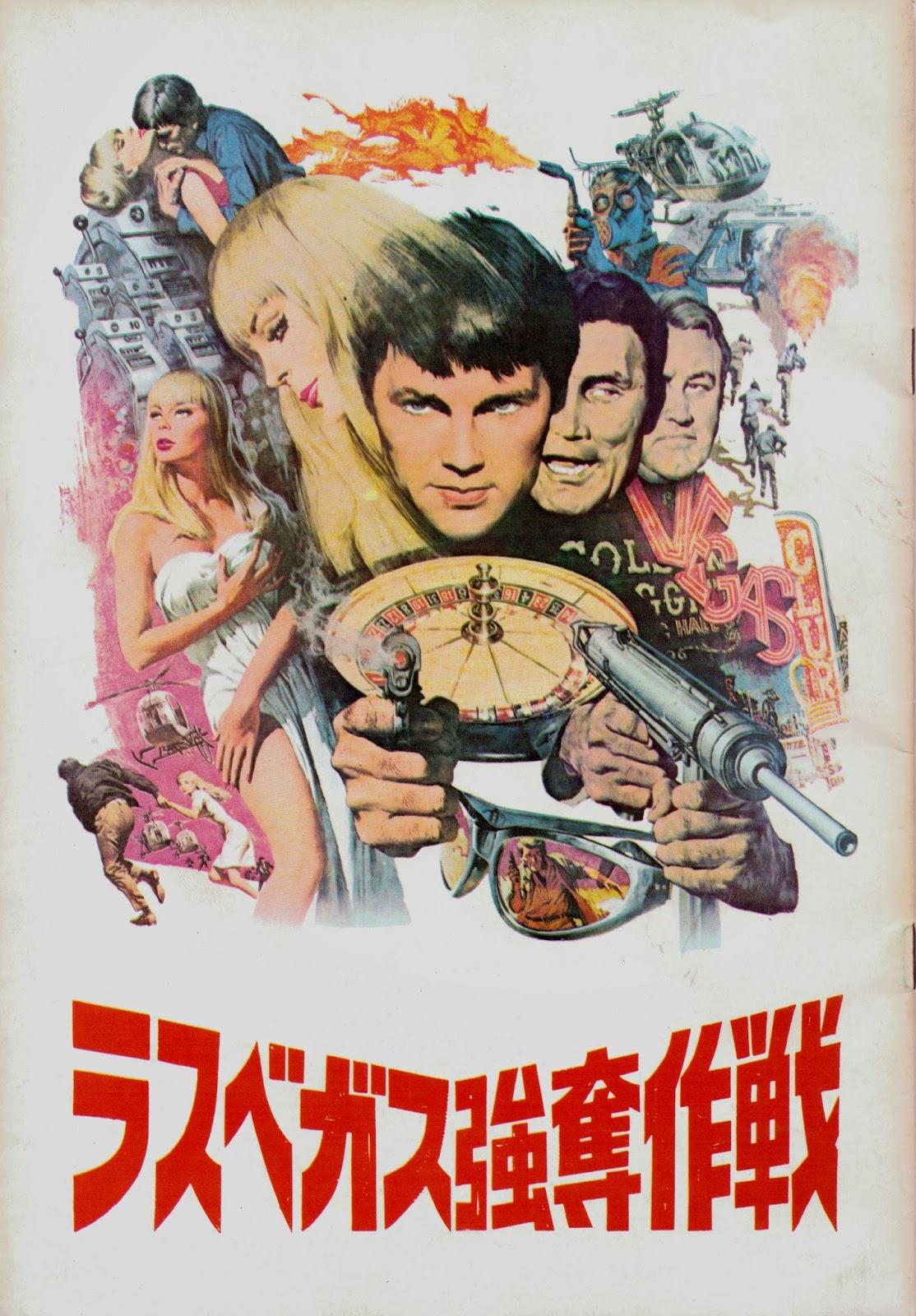 I’ll spare you the full spread of press stills and translated cast & crew interviews that make up the interiors of each of these brochures, but if for some reason you’re particularly mad on seeing them, just give me a shout.

I’m currently hard at work figuring out the best way to present the vast number of photos I took in Japan (many of them predictably pulp & pop culture orientated) online somewhere, so as soon as I’ve accomplished that, you guys will be the first (ok, maybe the third or fourth, but hey) to know.
Posted by Ben at 16:33

That cover for Private Life closely mimics the American poster... though you definitely see more of the woman's breast in the Japanese version.

Hope you get those pictures up soon as I'm always looking for new places to explore in Tokyo. :)