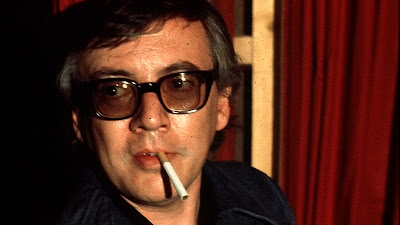 Well in our heart-of-hearts I guess we knew it was going to happen sooner or later, so let’s close the curtains, take the phone off the hook, break out the whisky – it is time to mourn Jess Franco.

As it happens, I spent most of today undertaking a marathon train journey, blissfully disconnected from the internet, so I didn’t get word until late this evening, when I unpacked my laptop after dinner. Not really news I wanted to hear. Given the weight of importance Franco has attained in my own cosmology over the past few years, I was momentarily surprised that the train driver hadn’t announced the sad news over the PA, and that the nation’s transport network hadn’t ground to a halt as passengers wailed and tore out their hair… but then of course reality set in, as I reflected on how incredibly far removed from popular consciousness a figure like Franco was, is and ever shall be. Most likely, his passing won’t even merit a column inch in a single European newspaper, or more than a passing mention in any mainstream film magazine or website. Unless you subscribe to the right weblogs, browse the right forums, hoard copies of the right fanzines and obscure journals, you’d probably have no idea he ever lived, let alone died.

Would Franco himself have demanded or expected any such displays of public grief though? Probably not. This after all was a man who toiled relentlessly (if ‘toiled’ is the right word – I find it hard to believe that hanging out on the set of a Jess Franco film would be anything other than a huge amount of fun) for over fifty years, in the face of almost no critical or commercial recognition whatsoever, bestriding mid-20th century popular culture like an invisible colossus, absorbing beauty and detritus from all around him and forming it into his own utterly unique, mystifying, intoxicating and (until now) apparently unstoppable form of cinematic expression, his legacy preserved and marvelled over by a mere handful of scattered lost souls who in most cases have probably never even met in person. Love him or hate him, I think his credentials as the ultimate ‘cult filmmaker’ are pretty unassailable.

Given the sheer number of words I’ve already posted here about Franco’s work, I should think my admiration for him should be self-evident, and that a full biography/appreciation is probably surplus to requirements by this point, as well as being far too much of a herculean task to undertake at this stage of the evening. If you need a refresher course, my initial post about my discovery of Franco’s films and how I gradually began to love them can be found here, and heart-felt farewells are already in from Stephen Thrower, Jeremy Richey, Robert Monell and Cinezilla.

No doubt we will be returning to Jess Franco very soon on these pages – hopefully with more unhinged enthusiasm than ever – but in the meantime, let me conclude by saying that I basically just really loved this guy. For the films he made, for the way he lived his life (as a musician, scholar, gourmet, traveller and speaker of many languages as well as a film director, lest we forget), for what he represents in culture, and for the relentless energy and enthusiasm with which he explored and transformed that culture, he is a hero of everything we stand for here on this blog, and I will really miss his presence in the world. 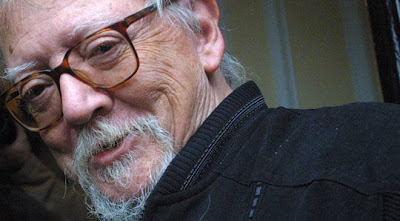