Although it seems a bit of a drag to break my brief blogging hiatus with yet another obits post, the fact is that January (and late December) saw the largely unreported deaths of a number of notable people whose work impinges on the world of this weblog, so it would seem appropriate to mark their passing before roaring on with the unstoppable juggernaut of exhilarating, up-to-date content that is my 2013 posting schedule. 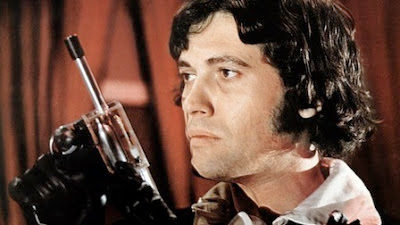 First off, a man who impinges very directly on this blog – literally hangs over it in fact, for it is he who can be seen gazing across the automotive graveyard of a post-apocalyptic Trafalgar Square in the image I’ve used as a header. As well as being probably the first (thus far the only..?) actor to breathe cinematic life into an incarnation of Moorcock’s Eternal Champion, playing Jerry Cornelius in Robert Fuest’s film of ‘The Final Programme’, Jon Finch (1941 – 2012) pulled off an exceptional run of ‘cult movie’ achievements in the early ‘70s, appearing in Hammer’s ‘The Vampire Lovers’ and starring in both Polanski’s ‘Macbeth’ (mental note: must watch that one again sometime) and Hitchcock’s ‘Frenzy’. And, whilst I think I might have griped a bit about his casting in my review of ‘The Final Programme’, basically he was really great in all of those films – brooding and charismatic with a perfect balance of physical prowess and thespian chops that makes it quite surprising that he never managed to become a household name movie star, despite of the high profile exposure presumably provided by the Polanski and Hitchcock roles.

To a certain extent, the retreat from the limelight seems to have been his own decision. According to his Wikipedia page, he turned down the chance to try out as James Bond in ‘You Only Live Twice’ (thus inadvertently inflicting Roger Moore upon the world), and also declined to appear in long-running TV series ‘The Professionals’, claiming that he “couldn’t possibly play a policeman” (high five), before having to bail on a part in ‘Alien’ for health reasons. Playing occasional roles in British film and TV thereafter, he seems to have been a fellow who valued his privacy, living a quiet life in Hastings, which sounds like a good kind of life to me. 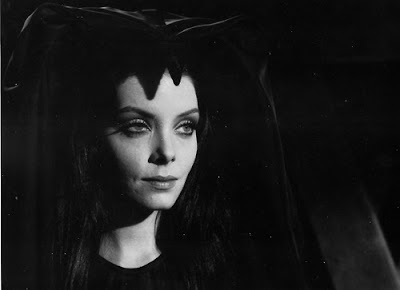 Although born in the USA, Patty Shepard (1945-2013) spent pretty much her entire life working in the Spanish film industry, and she will probably be best known to folks in these parts for her iconic appearance as Countess Nadasdy in the classic Paul Naschy flick ‘La Noche de Walpurgis’ aka ‘The Werewolf vs The Vampire Woman’ (1971 - an absolutely superb bit of dream-like euro-horror weirdness, highly recommended if you’ve not seen it).

As fans of this kinda thing will be well aware, she was a pretty ubiquitous presence in ‘70s Spanish horror (with occasional sojourns in Italy and beyond), appearing in ‘Assignment Terror / Dracula vs Frankenstein’ (1970), ‘Witches Mountain’ (1972), ‘My Dear Killer’ (1972), ‘Crypt of the Living Dead’ (1973) and ‘The Killer is One of Thirteen’ (1973), alongside a whole shedload of comedies, westerns and low budget thrillers, including Anthony Margheriti’s 1974 kung-fu western ‘The Stranger and the Gunfighter’ (because yeah, that exists). Prior to all that, she somewhat inevitably spent a brief period working with Jess Franco in the late ‘60s, chalking up appearances in ‘Residencia Para Espías’ (1966) and ‘Lucky The Inscrutable’ (1967), and what more can ya say? She was a classic face from a great era and I’m glad she was in things. 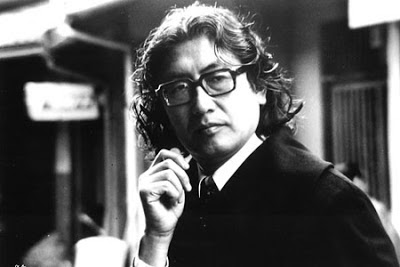 I’m a little hesitant to write an obit for Nagisa Ôshima (1932-2013) for the simple reason that I’ve never actually seen any of his films. I’ve certainly been reading a lot about him though – mainly in Jasper Sharp’s excellent Behind The Pink Curtain – and his position as a chief advocate of and contributor to radical Japanese cinema in the ‘60s and ‘70s, alongside such comrades as Kôji Wakamatsu, Maseo Adachi and Toshio Matsumoto, is of great interest to me, so hopefully I’ll be able to return to pay more effusive tribute to his achievements once I’m actually familiar with them. 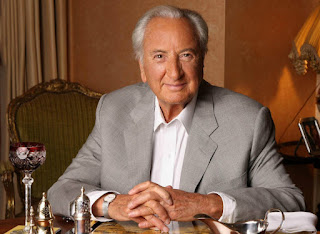 And finally, I wasn’t sure whether or not to write anything to mark to passing of Michael Winner (1935 – 2013), but what the hell. I don’t like his films, and I certainly didn’t like his politics, but he did at least approach his career with a kind of damn-the-torpedoes enthusiasm that’s hard not to admire, and even I’m forced to admit that British film and culture in general would have been ever so slightly less interesting without his input, so a hearty farewell to the old sod.
Posted by Ben at 18:07

Winner's work with Charles Bronson was extensive. Jon Finch should have been a big star.

Almost two years late to this...and I had no bloody buggering bastard idea that Jon Finch was gone so long...God above...his Byronic-Jimmy-Page Jerry Cornelius is almost the only image I'd want my hair back enough for.

Watched 'Macbeth' again recently. I rather suspect JF was too compulsively abrasive and unpleasant to be capable of the glad-handing vital in making it bigger than he was, judging by a consistent quality in his memorable performances. The asthma alibi sounds fishy to me.

I DID know Michael Winner had left us, and am still gutted two years on.