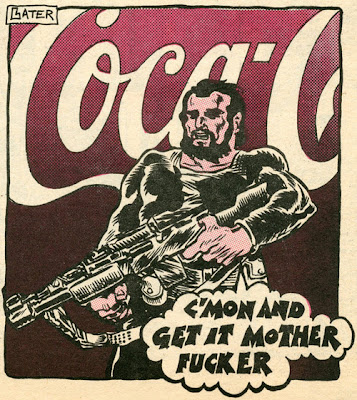 ﻿
Sad news filtered through last night about the death from cancer of one of my all-time favourite American underground comix artists, the inimitable Manuel ‘Spain’ Rodriguez.

Like the recently departed Koji Wakamatsu, Spain translated his uncompromising political beliefs into works of hair-raising visual imagination, assuming a perspective that, if it’s a lot more earnest and macho than most of his ‘60s contemporaries (Crumb, Spiegelman, Deitch etc.), is all the more awesome for it.

Contributing to seminal anthologies like ‘Zap! Comix’, and rolling on into such exquisitely named solo ventures as ‘Zodiac Mindwarp’ and ‘Mean Bitch Thrills’, Spain took a heavily EC Comics influenced style and infused it with his experiences as an outlaw biker and Latino street kid, creating a totally brutal, bad-ass, proto-punk approach to comic books – the visual equivalent of listening to some heavy, weed-ravaged biker rock – that is totally unique, and echoes of his work can I think be felt in everything from 2000AD to Charles Burns.

One of my favourite Spain joints is a great Lovecraftian gothic horror strip I’ve got in an old comix anthology somewhere, but since I can’t lay my hands on it at the moment in order to scan, I’m going to have to rely on the good graces of Tumblr to crib some stuff, and, thankfully, it provides.

I think this guy’s mighty talent pretty much speaks for itself, so here without further ado is his EC tribute cover to ‘Skull # 5’ (Last Gasp, 1972), followed by – hey, why not? – his comic book interpretation of Alexandro Jodorowsky’s “El Topo”. Just what the doctor ordered. 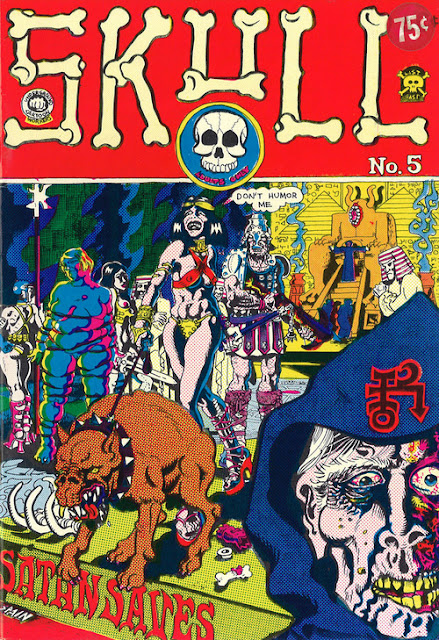 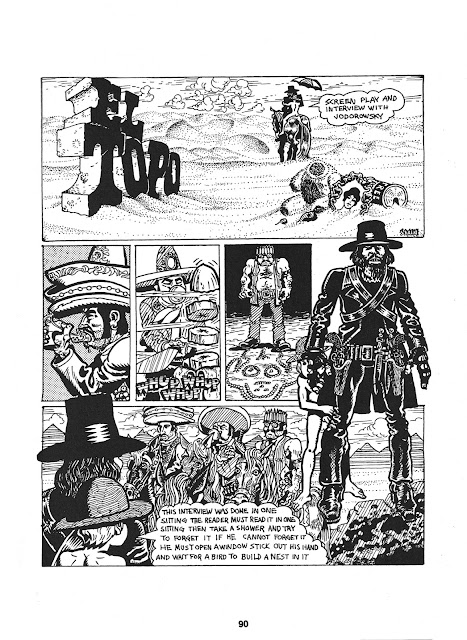 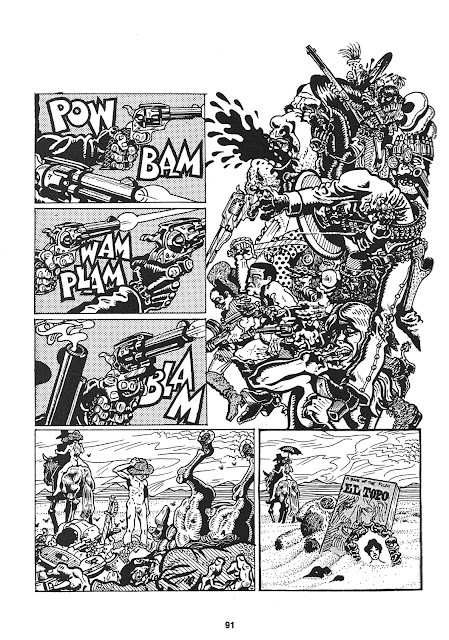 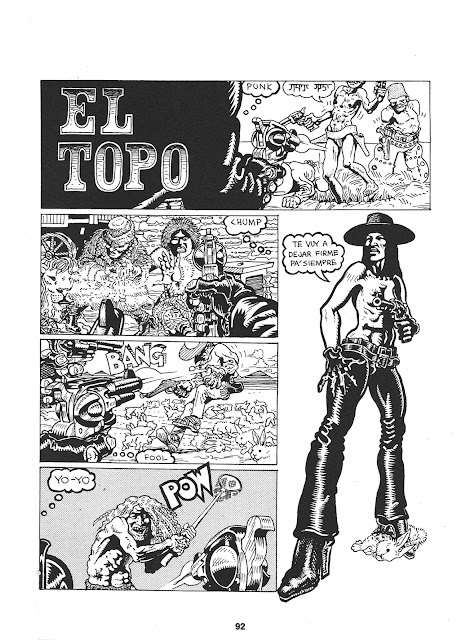 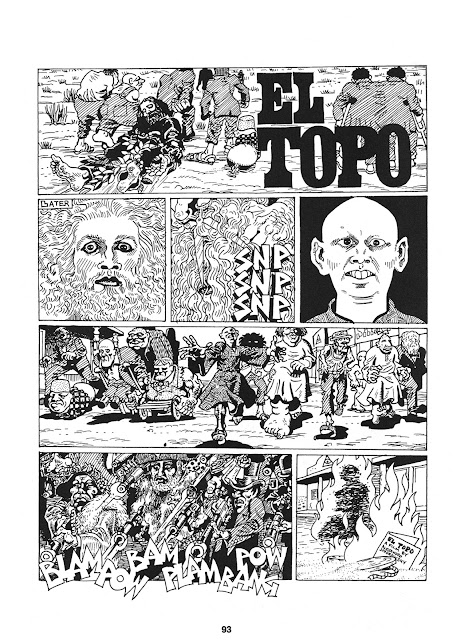 Obit from the SF Chronicle here.

Oh wow, sorry to hear that. I haven't read any Zap in a while, but now I'ma have to dig some out and give it another read.

Along with S. Clay Wilson and Skip Williamson, Spain was the lysergic nuts!About as peace-and-love hippy-dippy as a knucklehead Harley and a cattle prod, but - *ahem* - representative of his era, nonetheless. There'll be a few Romilar and Night Train cocktails sunk at the Fourth International international Headquarters in his memory tonight. Trashmen of the World Unite - you have nothing to lose but your drains!