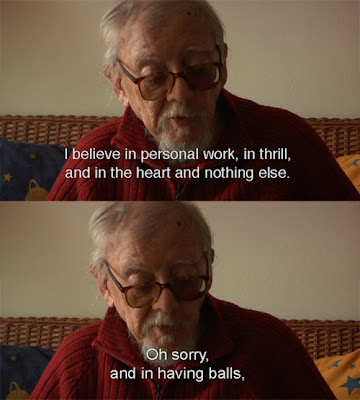 Well, it’s been almost a year since I posted my initial reappraisal of Jess Franco’s work and promised to bite the bullet and start writing some reviews of his films. I think the time has come. As I stated in that post, I think trying to do conventional, full length reviews of individual Franco films would be foolish in the extreme. To use a rather pungent film/music metaphor, Franco is less like a guy playing individual ‘songs’ and waiting for applause and more like an avant garde noise musician – sending out a constant roar, twisting dials and pushing buttons to vary the tone and create new effect, regardless of whether you like it or not. This methodology, plus the sheer weight of his output (drawing up a shortlist, I’ve got about twenty five titles sitting here awaiting review, and I’m by no means a dedicated collector), calls for a new approach.

Thus: The Franco Files. My aim here will be to look at each of the available films in turn, outlining context and content, rating how they stack up in terms of the various factors that make for a perfect Franco viewing experience (kinkiness, creepitude, pulp thrills etc) and assessing the way in which they fit into the wider stream of the Franco-verse. I’ll probably do these write ups in fits and starts, as and when I feel like it, but the basic plan will be to do them in batches of three, each consisting of one of the earliest Franco films I have access to, one of the latest (currently I’ve not ventured much beyond the early ‘80s, mind you), and one from somewhere in the middle, thus hopefully allowing us to build up a relatively balanced picture of the innumerable wild tangents he embarked on during his three decades or so of peak productivity.

I’m probably not the first to undertake such a lunatic endeavour, and no doubt I won’t be the last (we await Stephen Thrower’s forthcoming Franco book with something akin to a teeth-grinding frenzy of anticipation), but if it helps in some small way further spread knowledge, inspire discussion - and perhaps even evoke understanding - of the work of the one man cinematic hurricane that is Jesus Franco, then perhaps all those nights when I’ve found myself dazed on the sofa at 1am wondering what in the hell I’m looking at won’t have been wasted.
Posted by Ben at 14:12

I'm a Franco virgin, so your Franco Files should really help. I think it would be really helpful to name a few films to view as an introduction to Franco. I read your blog often and love it! Keep up the good work.

I look forward to this. Franco's ouevre does indeed seem to be one long jazz riff and you can't judge one movement alone.

It seems that each film informs the last and each one (perversely) gets better regardless of the date or subject matter. Fragments of a dream lasting over many years....

Yes, that's a perfect way to look at it I think Roger!

Whammo - I think it's difficult to recommend specific Franco films because he's never really made a definitive 'masterpiece'; all of his films have some good stuff and some bad stuff and will probably make you think "what the hell is this rubbish?" and generally question your sanity until you learn to roll with his style.

Currently I think my top 3 is 'Girl From Rio', 'A Virgin Among the Living Dead' and 'Lorna The Exorcist', if that's any help - but somebody else's faves might be completely different.

'Vampyros Lesbos' is one of his most widely seen films and makes a pretty good introuduction to his 'thing' - chances are if you dig that one, you'll be in for the whole ride!