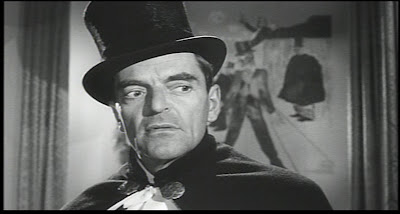 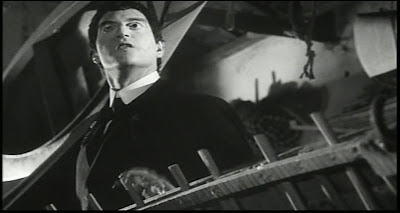 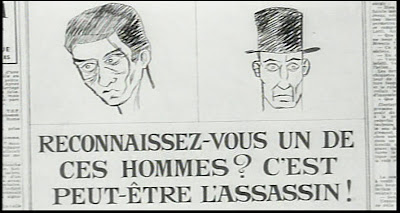 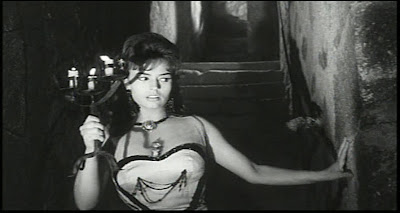 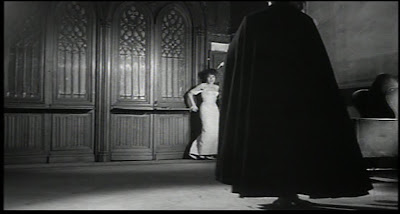 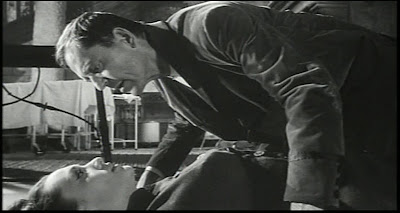 AKA: “Gritos en la Noche”, “Cries in the Night”, “The Demon Doctor”, “The Horrible Dr. Orloff”, “The Diabolical Dr Satan”.

Context:
Well, this is where it all began folks. After directing a few largely unheralded features for the domestic Spanish market, 32 year old Jesus Franco exploded (well, maybe not quite ‘exploded’, but ya know what I mean) onto the world stage with ‘The Awful Dr. Orlof’. This was his first horror film, his first international co-production, his first film with Howard Vernon, and his first collaboration with Paris-based production house Eurocine, whose long reign as Europe’s leading purveyors of barrel-scraping sleazoid nonsense was largely kick-started by the success of Dr. Orlof.

Content:
Lik a number of other early ‘60s European horrors, ‘..Dr. Orloff’ unashamedly takes a hefty chunk of its inspiration from George Franju’s ‘Les Yeux Sans Visage’ (1959) (perhaps with a side order of Freda’s contemporaneous ‘..Dr. Hichcock’, and a touch of Giorgio Ferroni’s ‘Mill of the Stone Women’ (1960)), as the eponymous doctor (played by Vernon) stalks the sordid Victorian underworld of..wherever this film is supposed to be set.. in his top hat and opera cape, eyeing up beautiful girls and dispatching his zombie-like servant ‘Morpho’ (Ricardo Valle) to drag them back to his subterranean laboratory in an isolated chateau, where he conducts sinister skin graft experiments with the aim of returning beauty and vitality to his disfigured, comatose daughter. You can probably guess the rest, more or less.

Although Franco’s script is basically little more than a simplistic retelling of a story that was already over-familiar to horror fans by the time the film was released, he nonetheless returned to the scenarios presented in his first ‘hit’ again and again in subsequent years, resurrecting the characters (or sometimes just the names) of Orlof and Morpho on a regular basis, and attempting to remake the film shot for shot on several occasions.

Kink:
With the exception of a few moments of comparatively risqué footage shot for the film’s Paris release (and not included in the version I’m watching, unfortunately), ‘The Awful Dr. Orlof’ is a pretty chaste affair, conforming (on the surface at least) to the standards of decency expected of a 1962 horror movie. Look deeper however, and there is indeed a streak of weird, voyeuristic perversity bubbling up here and there, anticipating the preoccupations of Franco’s later work. In particular, the short-lived character played by Maria Silva in the film’s opening scenes certainly has the same lascivious presence as later Franco leading ladies, and the director’s particular fixations can be glimpsed both in the vigour with which she repels Morpho’s pursuit (far surpassing the traditional ‘faint & die’ approach of female victims in movies like this, despite her character supposedly being blind drunk), and also in the way that, once the brute has overpowered her and commenced carrying her unconscious body back to the lab, Franco’s camera holds close on her dangling, prone form, his interest concentrating on the motionless lady-carcass rather than the active carrier, to an extent that most filmmakers would have considered irrational and distasteful.

Creepitude:
In essence, ‘The Awful Dr. Orlof’ is an off-beat but well made gothic horror film, and if its plot-line is was never liable to have viewers gasping in disbelief, the fetid nocturnal atmosphere Franco conjures on his stingy sets still impresses, as does the wild vitality of the film’s chase/suspense sequences. Given the extent to which the director would soon become synonymous with a slapdash, improvisational approach to filmmaking, it’s interesting to note how deliberate everything in ‘..Dr Orlof’ seems, with mise en scene, framing and camera movements (slow dollys rather than disorientating zooms, you’ll note) all appearing to have been planned out to the nth degree. Daniel White’s startling, dissonant score helps too, and Vernon’s furtive, menacing performance (goofing slightly on Peter Lorre, not to the extent of outright pastiche) seals the deal, resulting in an overwhelming feeling of slimy, exultant creepiness. 4/5

Pulp Thrills:
Drawing not just upon the contemporary gothic tradition, but also German expressionism, 40s Monogram b-flicks, British Jack the Ripper-style Victoriana and the weird conventions of the Edgar Wallace Krimi cycle, ‘The Awful Dr. Orlof’ is a veritable car crash of mid-century European pulp aesthetics, mixing up elements from many of the popular entertainment forms that would proceed to live, die and reconstitute themselves into new forms over the coming decade. And a totally whacked out weirdo jazz soundtrack certainly doesn’t hurt either! 5/5

Altered States:
There are some who would argue that something about the staring eyes, warped surgical disasters and blaring mono sound of these early ‘60s horror movies is inherently psychotropic, but I don’t know if I’m quite buying it in this case. The wealth of dreary, uninspired investigation scenes that pad things out in between the doctor’s depredations keep dragging things back down to earth, and… well, this will probably be the first and last time I’ll ever have cause to say such a thing about a Jess Franco movie, but basically ‘..Dr. Orlof’ is just too linear and plot-driven for me to really zone out on. 2/5

Sight-seeing:
Back in the early ‘60s, circumstances meant Franco was more inclined toward films with urban settings and purpose-built sets, and as such there’s not a great deal of local colour to be found here (in fact it’s not even clear which country the film is supposed to be set in – a detail perhaps left deliberately vague to aid international sales). That canal that Orlof and Morpho row along to get to the doctor’s lab certainly looks nice though, as does the ruined chateau that’s used for the exterior shots of his hideout. 2/5

Conclusion:
Though its impact is dulled somewhat by overbearing influence of the films that came before it and the excess of the years that followed – not to mention the arid stretches of investigative tedium – ‘..Dr. Orlof’s best scenes nonetheless convey a crazy, fast-moving visceral power that marks the film out as the work of a director embarking on a different journey entirely from his gothic/krimi contemporaries. 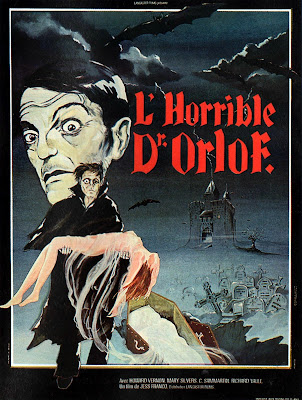 10/10 for the rating system. Creepitude!

Interesting piece with fresh insights. As I've written before, this film and the Horrible Dr. Hichcock were co-released to theaters as a kids' matinee double feature to unsuspecting young-uns. Two of the most perverse, overtly and covertly sexual Gothic horror films ever made. Naturally the subtexts within both films went clean over the heads of its young audience, myself included.