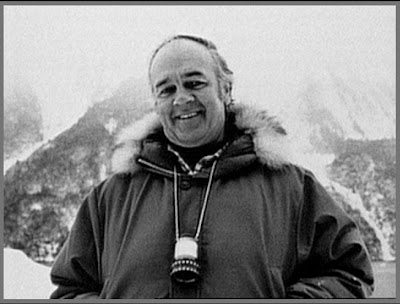 Hitting the internet today for the first time since just after Christmas, I was sad to learn that yet another British horror stalwart, Don Sharp, passed away during December.

Although he seems to have been largely regarded as a competent ‘journeyman’ director who rarely invested much personality into his work, Sharp nonetheless cut a bloody swathe through popular cinema in the ‘60s and ‘70s, gaining a reputation for directing lively action sequences, and building up a CV which, if it contains few films that a sober viewer would consider ‘masterpieces’, can certainly fall back on a truckload of *really fun movies*.

Of his work for Hammer, I remember thinking ‘Kiss of the Vampire’ (’63) was pretty damn great, although sadly it’s a long time since I saw it. ‘Rasputin the Mad Monk’ (’66) and ‘The Devil Ship Pirates’ (’64) are both *really great fun*, heavy on the kind of fisticuffs and bravado that must into fed into the string of adventure movies and thrillers that he helmed during the ‘70s, including the Rod Steiger-starring IRA drama ‘Hennessy’ in 1975, a 1978 remake of ‘The Thirty Nine Steps’ and 1979’s ‘Bear Island’ with Donald Sutherland and Vanessa Redgrave. I’ve only seen one of the two Fu Manchu movies he directed for Harry Alan Towers, but as you’ll recall, I found it to be, well… *really great fun*.

The only bone-fide stinker I’ve seen from the Sharp canon is 1964’s ‘Witchcraft’, an uncharacteristically dull and stagey witch coven movie that I found a poor relation to more successful contemporary English gothics such as ‘City of the Dead’ or ‘Night of the Eagle’, although it has its fans.

The main reason for us to celebrate at the altar of Don Sharp here at Breakfast in the Ruins though is, of course, the immortal Psychomania. It would be wrong to try to present Sharp as the auteur of this unique and mystifying work, given that by all accounts he joined the project shortly before shooting on a strictly work-for-hire basis and seems to have done everything in his power to distance himself from the results, but nonetheless, the fast-paced action and sense of raucous bonhomie that can be detected in his other films certainly crosses over into ‘Psychomania’, mixing beautifully with the utter madness of the rest of the production, and adding a lot to the creation of one of the greatest weirdo horror films ever made.

So, so long Don, and thanks for putting in the hours to bring us some cracking, and indeed cracked, entertainments over the years.

RIP... I think I'll watch Psychomania in his honor.