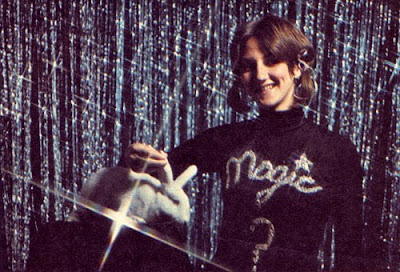 New posts forthcoming, but in the meantime, just thought I’d do a quick round-up of some other stuff I’ve been up to that might be of interest…

1. As if I wasn’t spreading myself thinly enough already / spending enough time staring at a computer screen, I’ve bitten the bullet and started a tumblr blog. It had to happen. Primarily, I intend to use it to dump some of the thousands of screengrabs I’ve accumulated whilst reviewing movies here. So, uh, yeah, follow it or whatever, or don’t.

2. A couple of weeks ago, my weirdo space-punk music project thing Space Age Thrills finished off an album. Homemade Ramones/Misfits/Spits type songs with lyrics about science fiction and horror movies is the basic concept, but in practice it's all gotten a bit, uh, sloppier and weirder and more varied than that. There's a Modern Lovers cover, and a John Carpenter cover, and a song about law enforcement in Texas in the 1960s, and a long, pointless self-indulgent song, and so on. Just thought I’d mention it on the off-chance that some of you guys might like that sorta thing. You can listen to it on bandcamp.

3. I’ve also recently started doing the occasional post on the Found Objects blog. Regardless of my sparse contributions though, you should probably be keeping an eye on it anyway, as it’s a daily info-dump of strange and eerie stuff, assembled to an indefinable yet somehow highly specific rationale. Hopefully I’ll be posting some new stuff, as well as revisiting some of the more aesthetically appropriate bits and pieces I’ve done here in the past.

4. Flatmate wanted! I’ve got a room in sunny South-East London that’ll be free from around July-ish for the space of about one academic year, possibly longer. Email for further details. Bear in mind you'd be sharing living space with someone whose idea of fun includes the preceding three items.