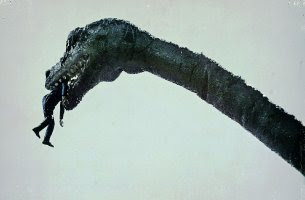 Just for my own amusement, some pointless statistical breakdown of my recently completed count-down…

Hmm… poor showing for Italy. Dunno how that happened.

What, no werewolves? I thought I really liked werewolf movies. Guess I don’t like any of them *that* much. Truth hurts.

Denis Gilmore is that ugly lookin’ kid with red hair who appeared in “Psychomania”, “Blood on Satan’s Claw” AND Corman’s “Tomb of Ligea”, so I thought I’d give him a shout-out. I hope he bought his agent something real nice to say thanks.

Funnily enough, Christopher Lee is probably my least favourite of all the big name horror stars, but… he sure made a shitload of movies, and in the two I’ve featured here he was indeed very good.

American International Pictures – 3 (4 if you count “Black Sunday”, 5 if you count “The Devil Rides Out”s US release as “Devil’s Bride”)
Hammer – 2
Universal - 2
Others – 1 each

Only four films on the list actually emerged from major Hollywood studio, and two of those were from the ‘30s. Result!

Oh dear. Some stuff about the film industry in the 20th century really sucked, didn’t it?

Horror movies directed by women are few and far between, especially if you go back more than a couple of decades, but I can think of one that I liked a lot: Ravenous, by Antonia Bird. And I don't know if we should count American Psycho as horror but I'm pretty fond of that movie as well! (speaking of which, I just learned there was a movie called 'American Psycho 2', starring Mila Kunis...I guess a terrible sequel counts in favor of considering the first one a horror movie)

Yes, the existence that American Psycho sequel is mindboggling - it's honestly as if the producers/studio guys never even bothered watching, or, like, even read any articles about, the first film, and were just like "hey, looks like we made some reasonably successful serial killer movie - that demands some goofy sequels". Incredible.

Re: female horror directors, Kathryn Bigelow's "Near Dark" is the other big pick from the '80s of course - it's pretty cool, but not all time favourite of mine.

Going back further into the classic exploitations era, the further you dig, the more female names seem to pop out - Stephanie Rothman, Roberta Findley, Doris Wishman, Jackie Kong etc. - but for one reason or another few of them made any movies that were both a)horror and b)good.

Sad truth is, female filmmakers probably get a hard road at the best times, doubly so back in the more macho era that produced most of the films I like watching, and triply so in a genre like horror, in which endless dissertations could be/probably have been written about how it's all based on male gaze dynamics and misogynistic sexual fantasies and yadda yadda yadda...

That aside, I think a book concentrating on the aforementioned directors, their strange careers and their experiences navigating the industry would make for pretty fascinating reading.